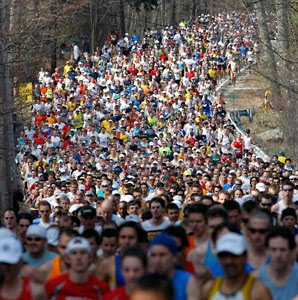 Most runners know that tomorrow is “the big day” in Beantown. Over 25,000 people will attempt to run the 114th edition of the Boston Marathon. I don’t know what my fascination is with this race. It just intrigues me so much! I guess for one, it is the oldest and most prestigious annual marathon around. It was first held in 1897. For two, the legendary race course winds runners through eight Massachusetts cities and towns. That sounds like fun (plus, I’ve never been to Boston)! For three, you have to qualify for this race (which is a lot easier said than done…trust me). And for four, I really want to see a baseball game in Fenway Park! Marathon day always includes a home Red Sox game.

Two years ago, I trained for a marathon with the goal of qualifying for Boston. On an absolutely beautiful day in Eugene, OR, in front of a bunch of cheering family and friends, I missed my qualifying time (3:40) by 3 minutes! Since the heartache occurred, I haven’t made any other attempts at reaching this goal. I haven’t given up, I’m just waiting for a time when my schedule will allow crazy long runs again. I’m also waiting to age a bit more. You know… so I can get into a slower qualifying bracket! :)

*There hasn’t been an American winner (male or female) since 1983. Seems we are always chasing the Kenyans, Ethiopians and Russians. Cheer for Ryan Hall or Meb Keflezighi if you want USA to end in front.

*Women were not allowed to run the Boston Marathon until 1971. Several women snuck into the race before they were allowed, running without bib numbers or being disqualified at the end.

*The total prize money distributed among the winners will be $806,000.  There's some motivation.

*Approximately 500,000 spectators line the 26.2-mile course annually. I sure hope there are a lot of port-o-pots... and hand sanitizer! 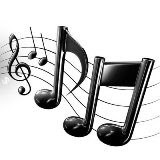